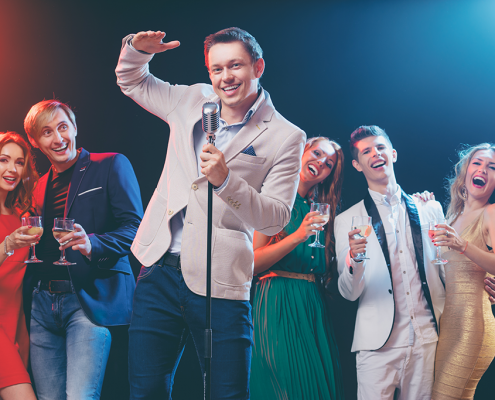 Are you looking for ways to raise money for your non-profit organization? A comedy fundraiser is an excellent way to raise funds for your charity. Here at AC Jokes Comedy Club, the best comedy club for fundraisers in NJ, our In-house Producer, Matt Bridgestone, has raised thousands of dollars for groups such as:

Our per ticket pricing structure ensures that you will make a profit 100 percent of the time. We can provide you with a venue for your fundraiser event or do it at the location of your choice. We also work with many professional comics so that you can have the type of entertainment that fits your needs. We can even guide you in areas of ticketing, promotions for your event, and more.

Comedy club fundraisers are a great way to provide laughter and happiness while supporting a great cause. We love booking fundraising shows at our Atlantic City comedy clubs because it provides our comedians the opportunity to put a smile on the face of somebody who may be going through a challenging time. Comedy stand-up night fundraisers also allow audience members to sit back, relax, and laugh their faces off.

The only time you won’t see us joking around is when we are organizing comedy club fundraisers for various organizations (we’ll probably still slide a few jokes in there, but you get the idea). AC Jokes is a comedy club completely run by comics — from the set-up and clean-up to the ticketing and promotion, we take great pride in offering superior customer service and, most importantly, making people laugh.

For more info about our comedy club fundraisers, email us at fundraisers@acjokes.com. We hope to be able to help your organization reach its fundraising goals or make your private party one to remember.