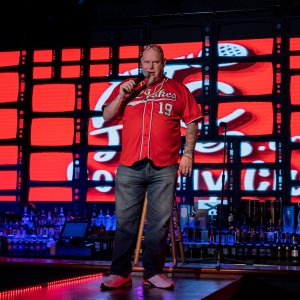 The Affect of Laughter and Music

A Match Made in Heaven

I don’t think there is anything in life that positively affects me more than music and laughter. They go together hand and hand. It is amazing how the right song or the right joke can pull you out of a negative state of mind. It doesn’t matter if you are sad, angry, or depressed. It makes no difference if your dog died, your girlfriend/boyfriend left, you lose your job, or if you are just feeling down. The right song or joke can make you feel almost normal. They can lift you, level you, motivate you, and inspire you. They can make your lowest lows bearable and your highest of highs even higher. They take you out of your mind and allow you to focus on only the good. They can transport you to a place from your past, or to a place you want to be in your future. A good song or joke can help you remember and forget at the same time.

It doesn’t even matter what kind of music it is, whether it is classical, folk, alternative, rock, punk, jazz, new wave, new age, heavy metal, hardcore, or even country, it brings you to a better place. (Well not country, let’s face it, country sucks. I can only tolerate about a half-hour before I am ready to fight.) There is nothing that music does not make better. Even if a song reminds you of someone you once loved or makes you miss someone who is no longer with us, it still makes you smile and or laugh remembering them. I can not think of one song that I cannot listen to because it upsets me or that brings back a negative memory.

My Introduction to Comedy

My love of making people laugh started when I was very young. I learned early on that if I did something wrong but made my family or teachers laugh, I wouldn’t get in as much trouble. Being the youngest and having 3 much older siblings my access and exposure to music and comedy was much more diverse than most people. I was 8 years old and could quote George Carlin’s “7 words you can’t say on TV” and Cheech and Chong’s “Santa Clause and his old lady” word for word.

At 10 My record collection included everything from Led Zeppelin to Bob Seger, to Jefferson Airplane, to Fleetwood Mac, to Elvis Costello, to The Tubes, to Cat Stevens, to The Stooges. Plus comedy records from George Carlin, Redd Foxx, Bill Cosby, Cheech and Chong, and Richard Pryor.

I can not think of ONE meaningful event in my life that was not accompanied by music and laughter. Whenever I hear a Tubes song I instantly remember Julie, a 35yr old groupie, who took my virginity when I was 13 at a Tubes concert, and the laughter of the bouncers that told her if she wanted to go backstage she had to do me. Still the best concert I EVER saw. I remember my High School Class song by Simple Minds “Don’t You Forget About Me”. Whenever I hear a Squeeze song I think of my High School crushes, Lisa, Karen, Dori, and Debbie, and all the laughs we had. I think there is at least one song that reminds me of every woman in my life. Whenever I hear a Pogues song I am instantly transported back to The Molly Wee Pub in NYC and all the people, good times, and Laughter I had there. I even remember the wedding song from my marriage by Gabrielle “Dreams”, which still makes me think of her and the good times and laughter we shared.

I know this sounds weird but, I can still remember what song was playing each time I tried a new drug and the way I laughed when it hit. It comes back every time I hear, Roxy Music’s “Love is the Drug” (Weed), Boston’s “More Than a Feeling”(Cocaine), Bob Seger’s “Turn the Page” (Quaaludes), Parliament-Funkadelic’s “Flashlight” (Heroin), Pink Floyd’s “Comfortably Numb” (Acid), J Geils’ Ain’t nothing but a House Party (Speed).

Now some people say that they feel the same way about movies. I would agree but, unlike music and comedy, some movies can put me into a deep depression. My ex-wife would get upset whenever I watched “Less than Zero” or “Clean and Sober” because I would be depressed for days after watching them. Now Comedic Movies are different, they have always been able to bring me out of the funk I sometimes fall into. I think every one of my favorite movies not only makes me laugh but they also have great soundtracks. One of my all-time favorite movies, Animal House, has an amazing combination of both. One of my favorite scenes from that movie is when Bluto tries to cheer up Flounder by trying to make him laugh by playing the clown, breaking bottles and crushing beer cans on his head, because they had destroyed his brother’s car, with Bobby Lewis’s “Tossin and Turnin” playing in the background. All John Hughes movies are like that. They all have classic lines that I still quote and laugh at today but also have amazing soundtracks. Pretty in Pink’s “Psychedelic Furs”, Breakfast Club’s “Simple Minds”, and Weird Science’s “Oingo Boingo”. Some of my other favorite movies like “Valley Girl” have some great quotes but one of my all-time favorite soundtracks, Modern English, Josie Cotton, The Plimsouls. Same with “Repo Man”, great memorable lines and in my top 3 favorite soundtracks of all time, Iggy Pop, Suicidal Tendencies, Black Flag, Circle Jerks, Burning Sensations, OMG.

Music and Laughter are the only things that have made me late for work, dinner, meetings, or appointments because a song came on the radio as I parked the car and couldn’t leave till the song was over. Or that I was scrolling through the channels and a movie showed that I just could NOT watch and didn’t sleep the night before.

Brian Steadman is an up-and-coming comic who performs all over Atlantic City. He has also performed at New York’s Grisly Pear, Greenwich Village Comedy Club, and The Misfit Hive. Brian came to comedy late in life, but he feels like he has been doing it forever. Brian Steadman recently quit his job, after ten years, at one of the Atlantic City’s casinos to perform comedy full-time. He brings his life experiences as a bouncer, street pharmacist, retail manager, casino supervisor, and jewelry designer to the stage in a very unique and funny way.

Usama Siddiquee
Scroll to top
OUR TROPICANA LOCATION IS OPEN!!!